Recently I took my first voice lesson. Because I paid for it, I suppose it’s more accurate to say I received my first voice lesson. Regardless of semantics, it was amazing. Ellie Linn Fletcher, owner of Inner Rhythms, Joyful Voice!, has a voice like warm cornbread and butter, and a sense of humor like a spicy bowl of beans. I paid careful attention. And when I read for her, my first two sentences took up most of the lesson.

“Why didn’t you take a breath at that comma?”

“Because I didn’t need a breath at that comma.”

“The reason you didn’t need a breath at that comma is because you aren’t using your breath.”

Ellie taught me to breathe frequently and use that warm air to float my words like balloons into the relaxed chamber of my throat then send them sailing out my wide open mouth and into the world. She gave me homework. I was to get a soft ice cream cone and practice nibbling designs in the top. I was asked to amuse my beloved with nibbling kisses. I was to move my lips like a horse caressing an apple from a palm. I adored my homework.

Technically this was not my first voice lesson. In the first grade I had a voice teacher whose official title was Speech Therapist. According to Medline, a speech disorder is a “condition in which a person has problems creating or forming the speech sounds needed to communicate with others.” But what does that mean? In my case, my sentences ran breathlessly together. Periods were meaningless. I sprinted on until I was forced to pause and pant for breath like a cornered fox. This was especially true when I tried to read aloud.

Once a week Ms. Speech Therapist took me to a private room and taught me to read with pauses and breaths. I can’t remember how long this went on. Eventually, she determined that my speech had been put back in order. Apparently I was able to “create or form the speech sounds needed to communicate with others.”

Ms. Speech Therapist was not there to deal with why I read in a ceaseless hurry. I’m sure I didn’t know back then. But I do know now. I was afraid. In particular, I was afraid of Mrs. Weber, my first-grade teacher. I was especially fearful of her when she first entered the room in the morning. There was always a segment of unsupervised time between when we arrived in class and when Mrs. Weber walked through the door. Many of my classmates were true to their marginally civilized six-year-old selves and used the opportunity to carouse and yell at the top of their lungs. Mrs. Weber was an imposing woman, tall and slim, her head sporting a dome of strawberry blonde curls. She strode in and bellowed us into our chairs.

Mrs. Weber’s morning yell-fests terrified me. However, I did not hate her. I couldn’t hate anyone who chose to stand before twenty-two pairs of uncomprehending eyes after a November noon recess, swallow hard, and tell them John F. Kennedy had been killed. But I was definitely afraid of her. I was so afraid that I began hiding out in the boy’s bathroom until after Mrs. Weber had already made her blustery morning entrance. Hiding turned out to be an ineffective long-term strategy. I started getting into trouble for being chronically late. My morning trepidation around Mrs. Weber was likely only one in a lengthy list of first-grade fears, and all that insecurity conspired against my ability to speak intelligibly.

First grade has receded a long way into the distance in my rearview mirror. Since then I’ve lectured in classes for thirty years, given a host of research talks at professional meetings, presented public programs to all kinds of people, and read my own writing all over town. Early in college I was even a music major and wanted nothing other than to play jazz trombone. I have learned to channel adrenaline into volume and projection. And yes, I have learned to take an occasional breath.

But a small part of me still wants to hide out in the boy’s bathroom. Because even though Ms. Speech Therapist taught me to breathe at the periods between sentences, she did nothing to erase the shadow of anxiety lurking beneath those rapid-fire run-ons that left me panting. Over the years my uneasiness has morphed in shape and intensity. But a vestige of fear still causes my word balloons to rise high against the back of my throat. They become squeezed and distorted. Part of the sound comes out my nose. While this hardly constitutes a “problem creating or forming the speech sounds needed to communicate with others,” it does reduce the resonance of my voice.

In the world of writing, resonance exists in at least two forms. The most important is purely literary. This is the ebb and flow of words on the page that create images and empathy and rhythm in the mind of the reader. But when an author takes the stage, resonance takes on the additional property of sound and therefore physics. Auditory and literary resonance fuse to become the warm easy chair that keeps listeners comfortable and engaged. Because I love to read and speak publicly, I want the ability to send well-formed words flying into the wide sky.

All of this leaves me wondering. At what point does our voice, our unique reflection of the universe, especially the voice of a child, become classified as disordered? Technically I have a sleep “disorder.” Only recently have I realized that my sleep is disordered only because it doesn’t conform to the nine-to-five workaday world. A few years back I attended a reading where one of the presenting authors had spasms in her larynx that caused her voice to rise uncontrollably. She took the mic and explained that she was not afraid nor was she about to cry. Her reading was compelling, powerful, and brave. She was unafraid of who she was. The amazing Brian Doyle was famous for his intense rapid-fire readings that often included long single-sentence paragraphs. His voice occasionally cracked with crying. I don’t know how his throat took the punishment. But Brian owned that stage.

My goal isn’t to mimic “accomplished” speakers. I do want my voice to become an effective extension of myself. But sometimes I need a rebellious run-on sentence that spills energetically downhill like churning water with no restful pools or quiet eddies interrupting the path to a large stately river thirsty for this impetuous vocal tributary that sneaks breaths like a sixteen-year-old sneaking beers from the refrigerator when their parents are out.

Then I’ll pause and pant. 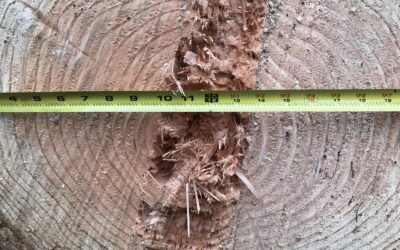 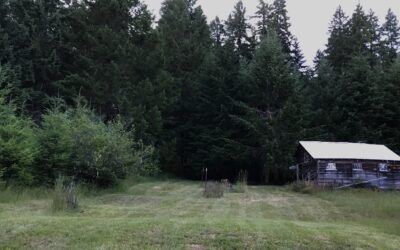 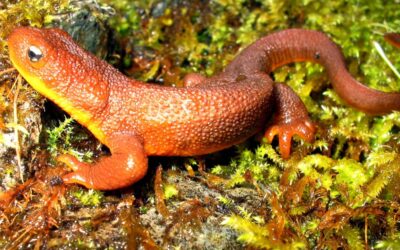